From breathtaking views atop mountain vistas to scenic lakes, rivers, parks, and hiking and biking trails to historical sites and museums to explore, festivals to enjoy, and local culture to experience…there is no shortage of exciting or relaxing ways to spend time in the region.

The Lynchburg Region is blessed with an abundance of natural beauty, history, culture, arts, and outdoor recreation. Mountain vistas, hiking and biking trails, lakes, rivers, parks, historical sites, museums, and festivals are just some of the exciting ways to spend time in this lovely and diverse region.

The Blue Ridge Parkway, one of America’s most scenic byways, provides breathtaking views, along with hiking, biking, picnicking and wildlife. The Appalachian Trail runs through Amherst County, and Lynchburg’s Blackwater Creek Trail is a favorite spot for runners and walkers.

Mountain biking is a popular activity here. There are trails for all skill levels in Lynchburg and Bedford County, and the local mountain biking club, Greater Lynchburg Off-road Cyclists, hosts group rides and clinics. The Storming of Thunder Ridge is Lynchburg’s only local, fully-supported road cycling event, including ride options ranging from 27 to 100 miles. The event is a fundraiser benefiting the YMCA of Central Virginia.

The James River, Virginia’s largest river, is a great spot for boating, fishing, canoeing and kayaking.

Percival’s Island is a familiar landmark in Downtown Lynchburg. Visitors may see herons, migrating waterfowl along with native plants and animals as they follow the paved trail that bisects the natural area. The James River is the backdrop for any visit to the island, featuring views of both calm pools and rushing waters. The island is approximately 1.5 miles long and is maintained in its natural state. There are many spots where the James River is accessible and fishing is permitted.

The Liberty Mountain Snowflex Centre is the country’s premier point for year-round skiing, snowboarding, and tubing. Comprised of beginner, intermediate, and advanced slopes, plus a two-story lodge, this high-performance playground is the first of its kind in the United States. 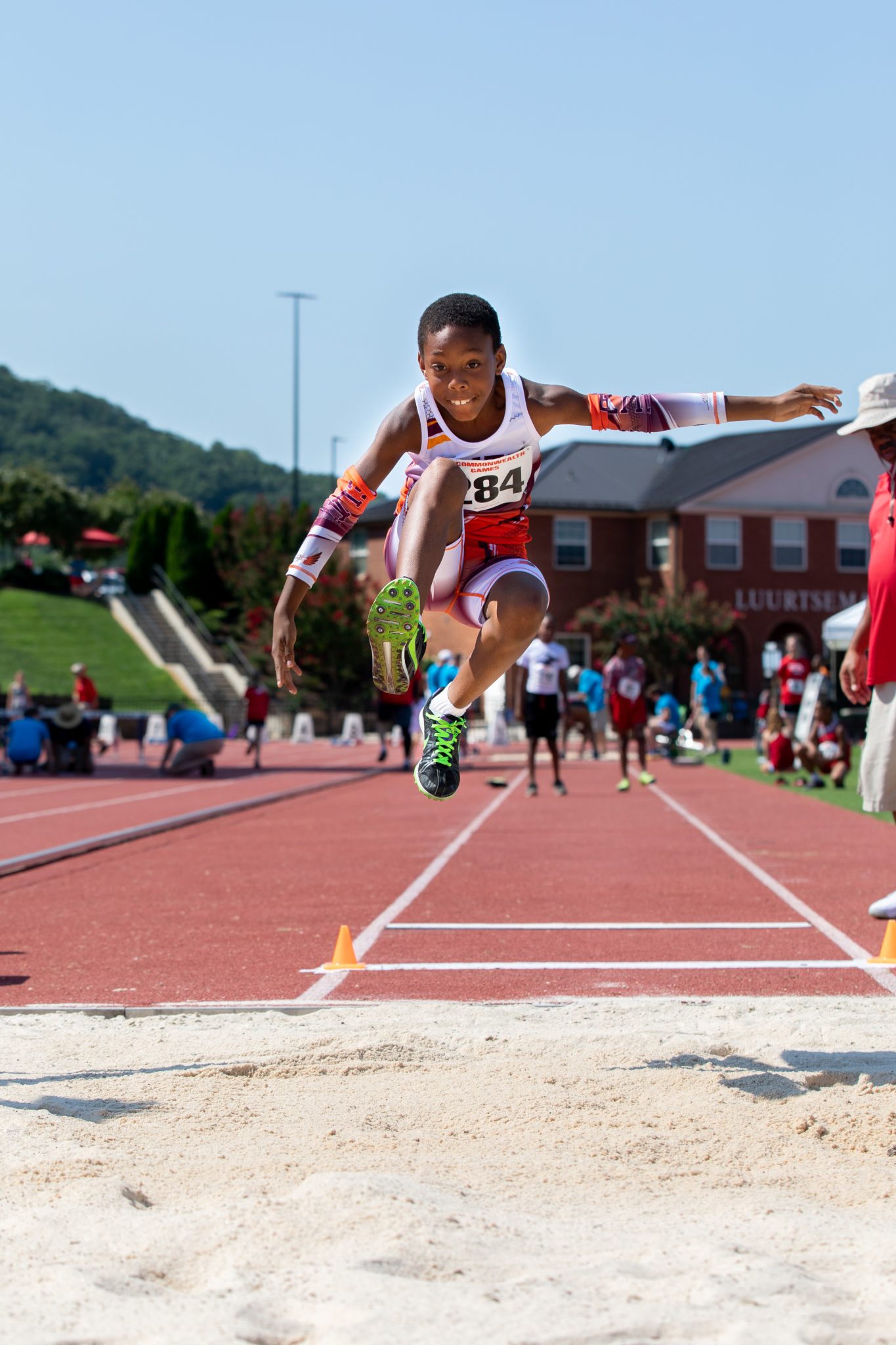 Dozens of running events take place throughout the year. Each September, Lynchburg welcomes thousands of runners and walkers for the Genworth Virginia 10- and 4-Miler. The Hill City’s premiere race attracts not only runners from throughout the region and the U.S. but elite runners from Kenya, Ethiopia, and other countries. Lynchburg is recognized as a “Runner Friendly Community” by the Road Runners Club of America from 2017 through 2022.

Smith Mountain Lake in southern Bedford County spans more than 20,000 acres and provides a variety of recreational opportunities—from speed boating and sailing to tubing and bass fishing. The Big Bass Tour, the nation’s premier big bass tournament, is held annually at the lake and attracts professional and amateur fishermen from across the U.S. Other lakes include Holliday Lake in Appomattox County; Mill Creek, Stonehouse, and Thrashers lakes in Amherst County, and Leesville Lake in Campbell County.

Public parks offer all types of outdoor and family recreation throughout the region.

Holiday Lake 4-H Educational Center has served the youth and adults of Central and Southside Virginia since 1940. Lives have been enriched through programs, friendships, and closeness to nature. The center serves as a 4-H camp during the summer, providing an education in outdoor living for over 2,000 youth and adults from 17 counties and 2 cities in Central Virginia each summer. Other programming focuses on natural resource education, outdoor adventure, shooting education and youth leadership development.

Colleges in the region participate in a full spectrum of individual and team sports, including NCAA Division I football, basketball, and baseball.

The Olympics-style Virginia Commonwealth Games are held annually and draw athletes and spectators from throughout the state.

In 2019 the State Games of America will be held here and are expected to attract thousands of athletes from all over the country. 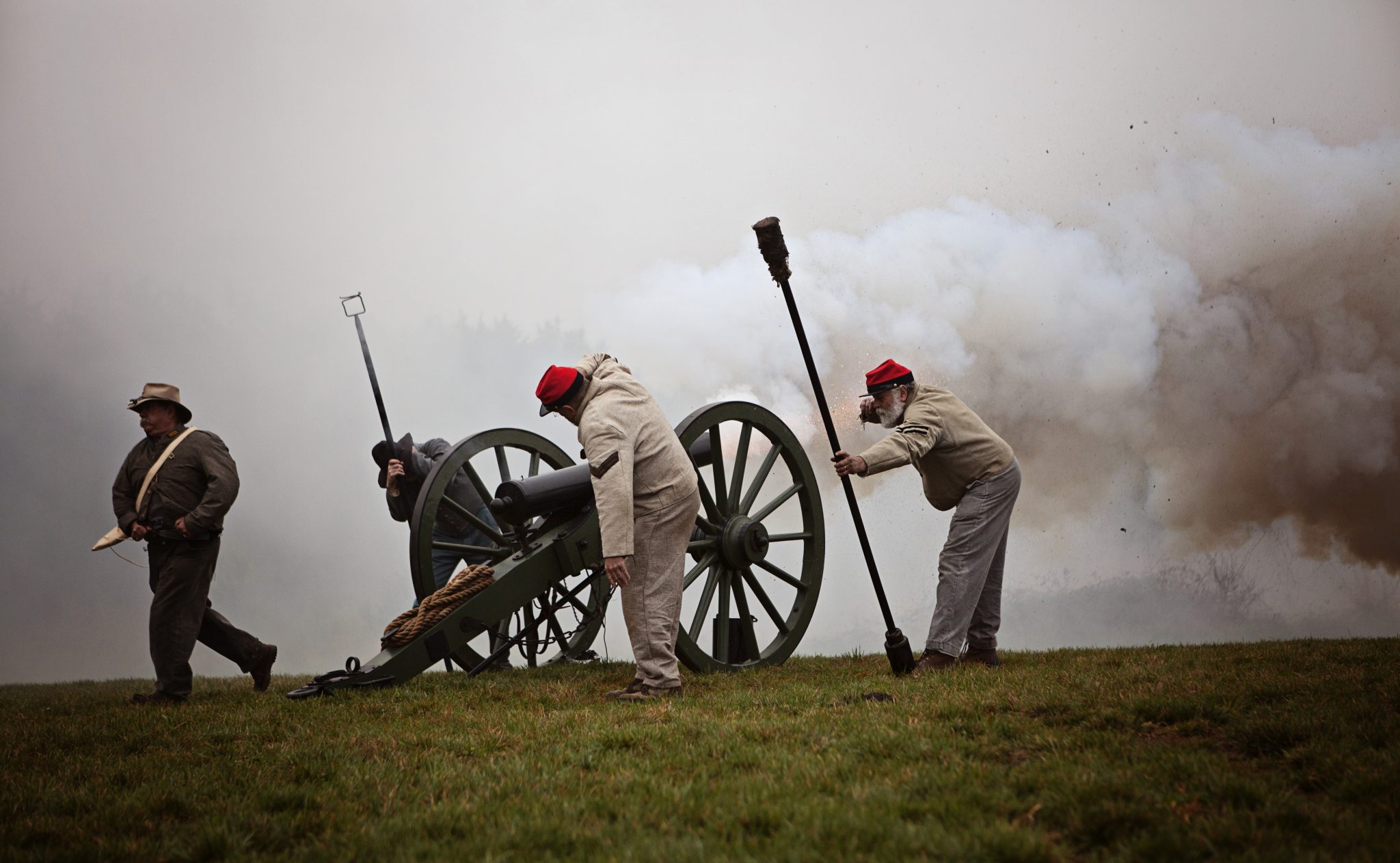 The Town of Bedford is home to the National D-Day Memorial, which honors the American and Allied soldiers who died during the D-Day invasion of Normandy, France. More than 60,000 visitors from around the world visit the memorial each year. The 10-acre monument features a 44-foot 6-inch tall granite arch engraved with the Normandy landing’s code word, Overlord. Beneath is a statue, The Final Tribute, that consists of a bayonet affixed to a rifle topped with a helmet, a silent testimony to the great sacrifices made to ensure freedom.

At Thomas Jefferson’s Poplar Forest in Bedford County, visitors can learn about the third U.S. president, his country retreat, and the enslaved population that lived and worked there. Archaeological excavations are ongoing at Poplar Forest in an effort to restore the plantation home and grounds to their Jefferson-era appearance. The site hosts an Independence Day festival that includes music, crafts, demonstrations, and a reading of the Declaration of Independence.

Amazement Square Children’s Museum is an award-winning, hands-on children’s museum located in Downtown Lynchburg. The museum offers four floors of hands-on, interactive exhibits designed to make learning fun. The Museum serves more than 90,000 people a year from all 50 states and more than a dozen foreign countries.
In Appomattox County, the American Civil War Museum tells the stories of the closing days of the war through 400 artifacts, photographs and documents. The Carver Price Legacy Museum details Appomattox’s journey from civil war to civil rights.

The Appomattox County Historical Museum and Library, the former Appomattox city jail, offers tours and displays of Civil War artifacts. Outside is Memorial Park that honors the dead from the Civil War to Vietnam. Nearby is the Clover Hill Village Museum.

The Civil War Trails give visitors the chance to explore Virginia’s back roads, learning history while driving and walking through some of the most beautiful landscapes anywhere. Lynchburg is home to an impressive 12 sites, and other stops are located throughout the region.

Harlem Renaissance poet Anne Spencer’s home and garden, Edankraal, on Pierce Street in Lynchburg, are included on the National Register of Historic Places and designated a Virginia Historic Landmark, a Friends of the Library USA Literary Landmark, and a Historic Landmark by the Association for the Study for Afro-American Life and History.
Avoca, a Victorian-era house museum in Altavista, sits on property once owned by Charles Lynch, brother of Lynchburg’s founder John Lynch. Avoca, a popular wedding venue, is owned by the Town of Altavista and hosts tours and annual events.

The Bedford Museum and Genealogical Library showcases Bedford’s history from Native American life, through the Civil War, and further into the 20th Century.

Historic Sandusky, originally the home of Major George Christian Hutter, is a public museum owned and operated by Lynchburg College. The Federal-style home is best known for its role in the Civil War as Union headquarters during the Battle of Lynchburg. It is a Registered Virginia Historic Landmark and is listed on the National Register of Historic Places.

The Monacan Indian Museum in Amherst County provides insights into the experience of this indigenous nation. This year, after decades of hard work, the Monacan Tribe received federal recognition.
The Museum of the Confederacy in the town of Appomattox offers exhibitions showcasing Civil War artifacts, as well as photos, letters, and diaries.

Red Hill in nearby Brookneal, is Patrick Henry’s last home and burial place. The site includes a museum, seven historic buildings, the Patrick Henry grave site, and the grounds overlooking the Staunton River Valley, which appears much as it did in Henry’s time.

Several beautiful, historic cemeteries are located within the region. Old City Cemetery in Lynchburg is the oldest municipal cemetery still in use in the state of Virginia, one of the oldest such burial grounds in the United States, and a Virginia Historic Landmark on the National Register of Historic Places. 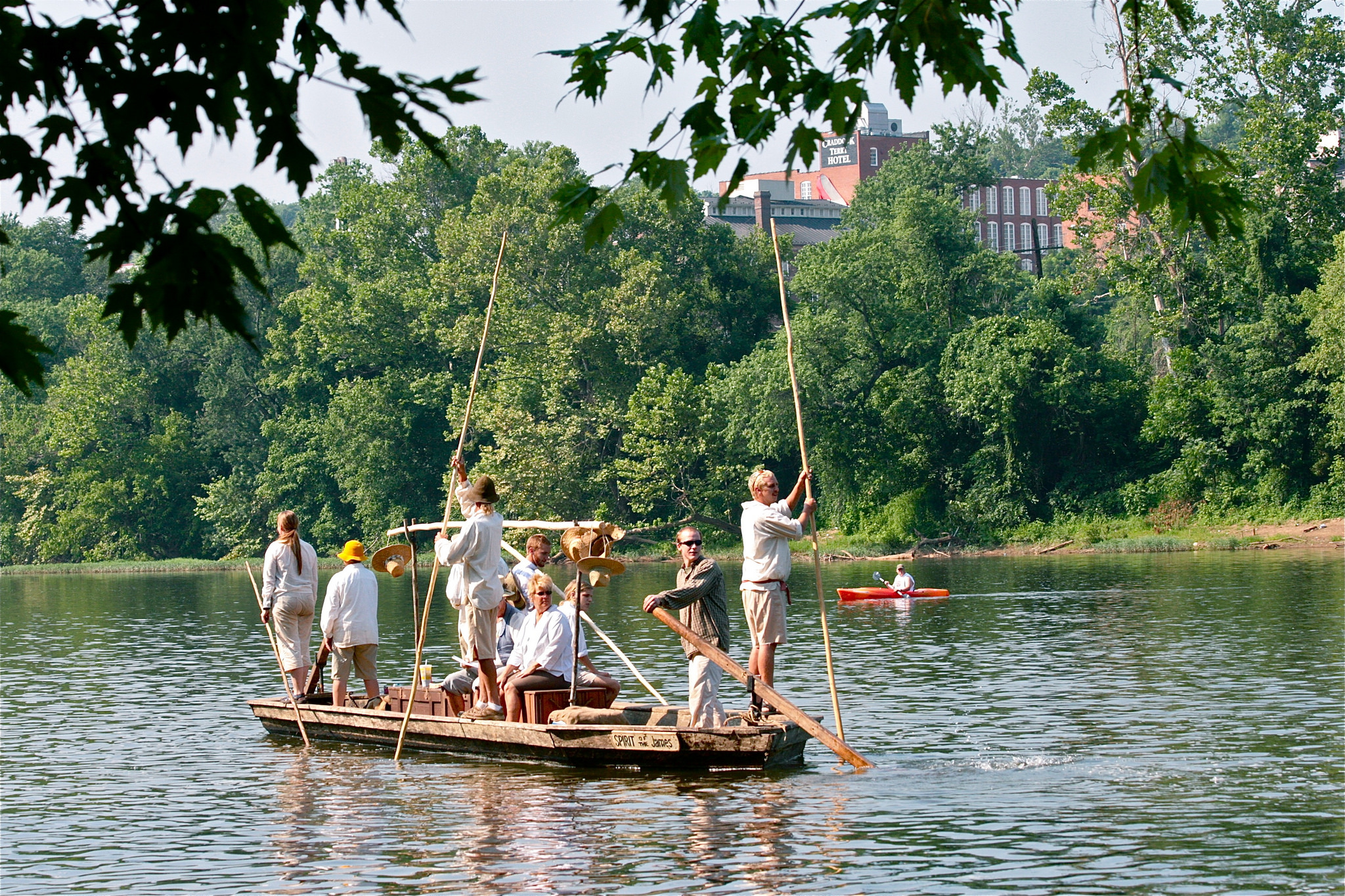 The region also hosts numerous annual festivals, including apple festivals in Amherst and Bedford counties and Get Downtown, a street fair that draws tens of thousands of people to Downtown Lynchburg. The International Festival, also held downtown, is a family event packed full of activities and unique performances for visitors of all ages.

The Historic Appomattox Railroad Festival, held the second full weekend in October, is a family-friendly festival that commemorates the Norfolk & Western Railroad’s donation of the Appomattox Depot to the Town of Appomattox.

The James River Batteau Festival is an eight-day journey down the James River from Lynchburg to Maidens Landing near Richmond using recreated late 18th and early 19th century cargo boats. A pre-launch event is held in Downtown Lynchburg.

Every year, the Town of Bedford’s Centerfest attracts more than 10,000 people for a weekend of arts and crafts, food, and entertainment.

The Monacan Indian Nation PowWow is held annually in May in Amherst County. Native American singers and dancers come from all over North America to participate in dance competitions. Native American food and crafts add to an exciting day.

The Virginia Wine and Garlic Festival at Rebec Vineyards in Amherst County is in its 29th year and is the state’s largest agricultural festival. It consistently ranks at the top of regional “best event” lists.