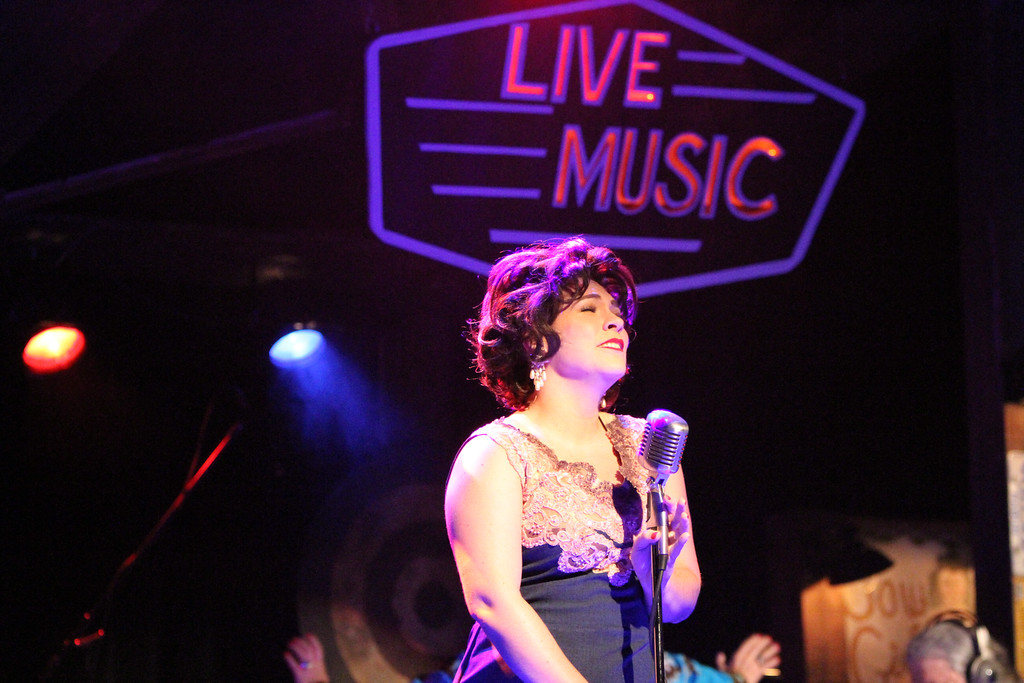 The Lynchburg Region has quickly become a vibrant place when it comes to celebrating the arts. No matter your age, Central Virginia has a variety of opportunities for residents and tourists alike to get in touch with their creative side. From museums to unique theatre companies, there’s something to be found for everyone.

Located in the heart of Downtown Lynchburg, Amazement Square offers incredible opportunities for hands-on learning. Spanning more than 29,000 square feet, each interactive exhibit offers different experiences for children to dive into something new. In the Kaleidoscope Gallery, put on a show with the On Stage: Rock Star Experience or create a one-of-a-kind piece of art in the glass Paintbox Room.

At the Board a Batteau exhibit, the museum’s more than 90,000 visitors are transported back to the 19th century where they learn what it was like to steer a batteau down the James River – with costumes and all. And you can’t forget about the four-story Amazement Tower where guests can slide, climb, and zip through the museum in one of the nation’s tallest climbing structures. But Amazement Square isn’t just for the kiddos. Adults can get in on the fun with Museum After Dark, where the museum opens after hours for a fun night filled with drinks, games, and fun just for the parents.

Riverviews Artspace has become a hub for creative activities in Downtown Lynchburg. Since 2003, the gallery and studio space has brought in more than 220 artists, 90 published writers, screened more than 70 independent and foreign films, and attracted more than 100,000 visitors. Throughout the year, First Fridays gives a chance to showcase local arts and musicians and bring in new visitors to the space.

With 640 seats, Liberty University’s Tower Theater gives Lynchburg Region residents a taste of Broadway without traveling to New York City. The theater sports an orchestra pit, balcony, catwalks, professional fly tower, and more than 12,000 square-feet of backstage and support area. The theater has housed big name productions such as Les Miserables, Beauty and the Beast, Hello Dolly, Big Fish, The Little Mermaid, and Guys and Dolls. But it has also been a place to showcase original student work from Liberty’s theater students. Liberty is also home to the Black Box Theater, an intimate and smaller setting with flexible seating.

Nestled in Amherst County, Sweet Briar College boasts a diverse selection of shows and performances throughout the school year from all genres including musicals, Shakespeare and contemporary plays. While the Murchison Lane Auditorium houses the larger productions, the college also has the Studio Theatre, which is perfect for small, intimate performances.

Wolfbane Productions is more than a professional theatre company. The Appomattox based nonprofit has a specific goal in mind for each production: prove to its audience that theater is not outdated, unapproachable, or too expensive. The company holds several large-scale productions throughout the year in their outdoor and indoor venue. Each show aims to be a unique and immersive interactive experience for the audience. Past shows have included Monty Python’s Spamalot, Evil Dead: The Musical, Sweeney Todd, and Bubble Boy.

The Academy Center of the Arts has been a staple of Downtown Lynchburg since 1905. After opening its doors after years of renovations and restoration late last year, the Academy has quickly reestablished itself as an active hub of the regional arts scene in Central Virginia. The space is home to two galleries, the 340-seat Warehouse Theater, and the go-to place for classes in visual and performing arts in Lynchburg. From movie marathons to charity events to comedy shows, a new chapter at the Academy is just beginning.

Though Endstation Theatre has been an active part of the Lynchburg arts scene for the last decade, the theatre company found new life at Randolph College in 2016. Boasting strong visual components and conceptual aesthetic in each production, Endstation Theatre continues its mission to strengthen theatrical expression in Lynchburg by choosing specific shows based on Central Virginia’s rich history and the current events in the community.

With so many highlights from art exhibitions to concerts, to theater productions, to orchestra and opera, the region abounds with offerings.

Opera on the James, celebrating its 13th Season, is an OPERA AMERICA Level Four Professional Company in Lynchburg. The company produces two fully-staged opera events with orchestra each season, as well as a mid-winter concert, short opera, or Cabaret. The company offers a community outreach program of performances and lectures in schools, community venues, and in the opera building at 701 Main Street.

The Tyler Young Artist Program, a quartet of singers chosen through national auditions, performs the majority of community programs.

The Lynchburg Symphony Orchestra has been an integral part of the cultural fabric of the Lynchburg Region since it began in 1983. Over the years the LSO has performed more than 200 concerts ranging from classical to pops and provided annual educational concerts to over 10,000 children at local schools and community centers. Celebrities performing with the orchestra include Tony Award-winning actress and singer Faith Prince, pianist Gustavo Romero, and country musicians Emmy Lou Harris and Roy Clark. Dr. Christopher Swanson is conductor and music director.

The Lynchburg Arts Festival, held annually in September, attracts artists and art lovers from across Virginia.

The Lynchburg Art Club and Gallery offers monthly exhibits in the galleries, workshops, and classes. The third floor has been reclaimed as an environmentally stable storage area with additional studio space.

The Bedford Artisan Trail showcases more than 80 artists, craftsmen, orchards and wineries who support the arts and agri-tourism.

Amherst Glebe Arts Response, Inc. (AGAR) in Clifford is a non-profit organization that produces and presents performances and workshops in music, theater, dance, poetry, historical readings, and lectures. It also facilitates exhibits of visual art and film and conducts Amherst County oral history projects. AGAR was a major presenter for the heritage celebration of the 250th Anniversary of Amherst County and the 100th Anniversary events for the Town  of Amherst.

The Bower Center for the Arts in Bedford is the area’s cultural center of visual and performing arts, education, community engagement, and personal enrichment. The Center offers concerts featuring a variety of music, as well as music and art classes.

The Virginia Center for the Creative Arts in Amherst County is a nationally known retreat for writers, artists, and composers.

The region’s Parks and Recreation departments offer a wide range of art classes from beading to sculpture.
Lynchburg College’s Daura Gallery features the works of Catalan artist Pierre Daura and has exhibitions of artists such as Queena Stovall. The Daura exhibitions are free and open to the public.

The Maier Museum of Art at Randolph College showcases works by notable artists such Georgia O’Keeffe and Edward Hopper. The gallery is open to the public.

Second Fridays in Bedford provides opportunities for visitors to experience the unique shops, restaurants, and art venues in Bedford’s Centertown.

The Jefferson Choral Society, a community chorus based in Lynchburg, performs music ranging from Mozart to show tunes. The chorus has performed at Carnegie Hall, the Washington National Cathedral and across Europe.

Little Town Players in Bedford has presented live theater to the community for more than 40 years. Shows range from musicals to drama.

Renaissance Theatre is Lynchburg’s oldest community theater and is known for ambitious productions such as The Full Monty.

Liberty’s Winterfest, a weekend of concerts and activities held over the New Year’s weekend, attracts thousands of young visitors to the area.

E. C. Glass and Heritage high schools in Lynchburg have excellent theater programs as do Brookville High School in Campbell County and Jefferson Forest High School in Bedford County. Dunbar Middle School in Lynchburg presents classics such as Singin’ in the Rain and South Pacific.