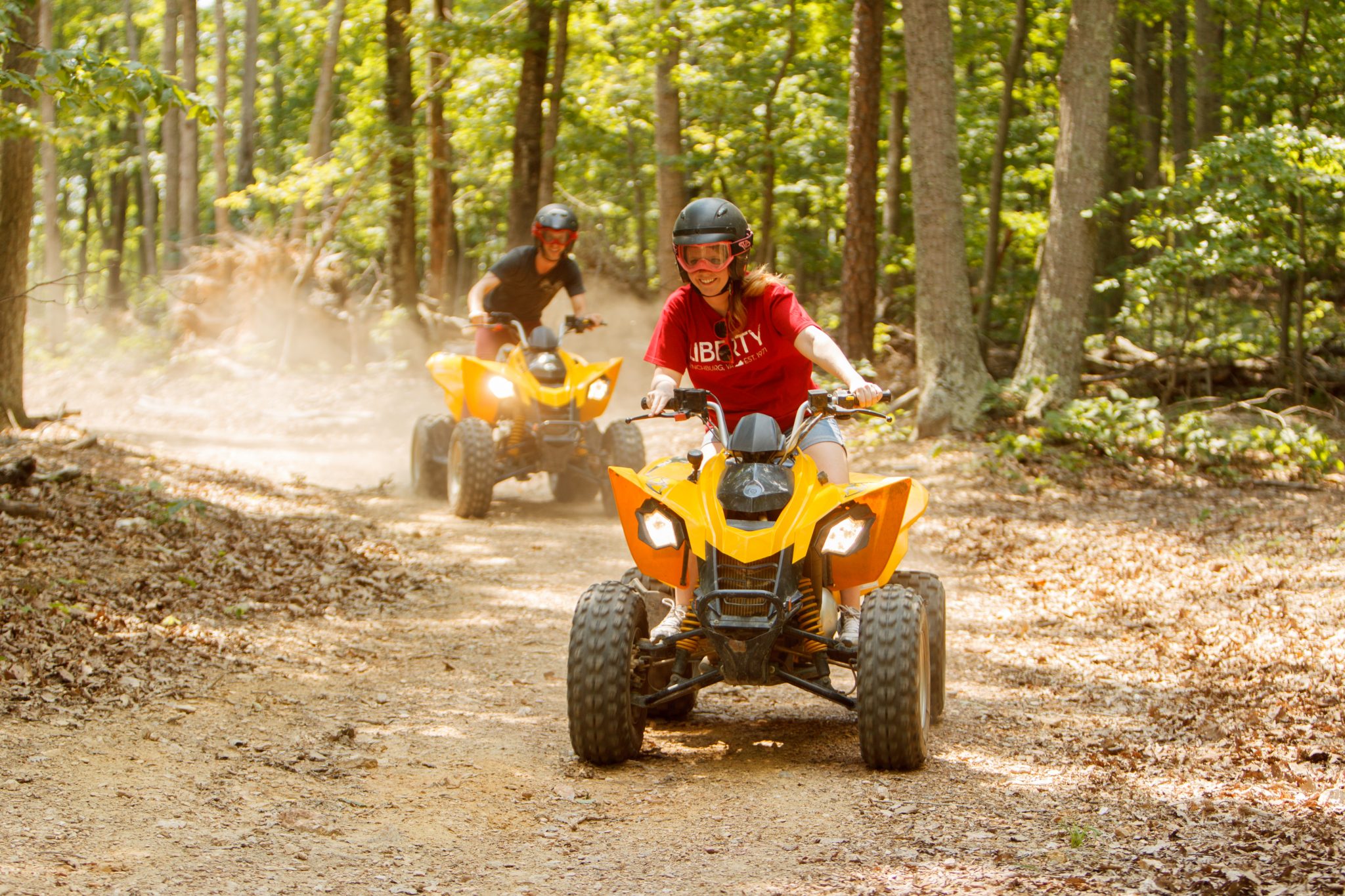 It’s on everyone’s bucket list, and the opportunities are right in your backyard.

The Lynchburg region may enjoy the warmth and friendliness of being a small community, but there is plenty of room to stretch your legs. It’s not hard to see why the Lynchburg region has been tabbed an Outstanding Runner Friendly Community by the Road Runners Club of America and recognized by Forbes as a city with a high quality of life.

Within the city limits alone are more than 1,000 acres of parkland—from Percival’s Island Natural Area to Hollins Mill Park, Ivy Creek Park and the expansive Riverside Park, to name a few—and nearly 40 miles of trails, paved and unpaved.

The three-mile, asphalted Blackwater Creek Trail serves as a spine anchoring several winding earthen trails and connecting with other paved routes. The popular trail cuts through forest along an abandoned railway bed (complete with a lighted cave-like tunnel) and offers a feeling of escape into nature, right in the heart of the city.
Parks and trails make up more than three percent of the city’s land, with plenty of playgrounds (including a sprayground), picnic areas and a nature zone with some live critters as well as pelts, antlers and other natural items for children to explore hands-on.

A popular bucket list item to check off, one of many opportunities in the region, is the Historic Genworth Virginia Ten Miler, one of the oldest road races of its kind in the country that draws runners from across the globe. The event, which marked 45 years last September, has become a festival celebration for the city.

More extreme runners can crank their sport up to 11 with the Lynchburg Ultra Series. Ultrarunning has been formalized in the community for more than two decades. Locals, like legend Dr. David Horton (who ran from California to New York to finish the Trans-America Footrace), have set records at extreme distances.

With the world’s longest hiking-only footpath in the world, the Appalachian Trail, cutting right through the region, there’s access to an endless supply of adventures, right in the region’s backyard.

Families can venture along the Appalachian Trail to Matt’s Creek Shelter or take to the Blue Ridge Parkway and hike Bedford County’s Sharp Top and Flat Top peaks, which anchor the picturesque view of Lynchburg’s western skyline.
From must-see, breathtaking views like McAfee Knob and Old Rag Mountain (one of the Mid-Atlantic’s most popular destinations) to the exhilarating satisfaction of successfully boulder-hopping to the top of Devil’s Marbleyard, there’s always a fresh challenge on the area’s outdoor must-do checklist.

For those really looking for a beast to slay on their bucket list, look no further than the Priest: a nine-mile-trip 3,000-feet up some of the steepest terrain in Central Virginia. It’s been called one of the most difficult hikes on the whole Appalachian Trail.

And the next big adventure is just a day trip—or less—away.